The Coronavirus remains the topic on everyone’s lips. The initial market reaction was a fear of recession, but is that really the issue? We don’t think so: the Fed put is still firmly in place, limiting the decline in equity markets as well as any upswing in volatility. We believe that inflation is more of a concern. The quarantines could well push producer price indices upwards first with consumer prices following.  Our overweights to energy and equities reflect the diverse macro, sentiment and valuation factors currently at play.

From market stress to macro risk

The bearish periods that we have experienced over the past five years have been the result of short-term shocks which, in the context of our investment process, we call “market stress”. These are neither periods of recession, nor inflation shocks, simply periods of negative returns for growth assets. These include the Chinese deceleration in the summer of 2015, unfounded fears of recession in the US in January 2016, the Brexit referendum in June 2016, the implosion of the volatility market in February 2018 and recessionary concerns at the end of 2018. None of these cases were accompanied by a contraction in GDP. In October 2018, the market downturn was accompanied by a short inflation shock but it did not last and inflationary pressures quickly evaporated: just another period of market stress.

The current Coronavirus situation poses a threat of another order: by trying to contain the virus, China is hurting its economy. To date, it is impossible to accurately measure the extent of the damage, and this is what explains the recent increase in market volatility. The markets are trying to price uncertainty but not the risk that this period of fluctuations linked to changes in market sentiment will become a period of macro risk, recession or inflation. So what are the risks?

Towards a risk of recession?

It is difficult to pin down the scale of the risk of recession for China, and its impact on the risk of global recession. And for good reason: the Chinese economic situation in recent months has been pretty good. Our Chinese Growth Nowcaster has been pointing to growth marginally below its potential, in the region of 4.5 to 5.5%, driven by its real estate market, consumption and foreign trade. We are far from the 7% growth level of five years ago, but the situation remains decent. Citi’s Economic Surprise Index for Chinese growth also points to an economy surprising to the upside: the index turned positive on December 3 and has been growing ever since. Quarantines are expected to have a negative influence on Chinese growth, but on a scale that is difficult to measure. Some indicators offer a clearer picture, however: the Baltic Dry index, which measures the intensity of international trade, experienced a decline similar to the slowdown in Q4 2018, falling from 1,500 to 500 points versus 1,700 to 700 in 2018. Chinese airline stocks saw their valuations fall by 13% in a month and by 10% over a quarter. Global oil demand has declined 5% in the past 30 days, with estimated global demand dropping from 20 million barrels per day to 18 million. The World Uncertainty Index also increased in December. The situation is therefore serious. The decline in international trade and oil consumption leaves little room for doubt. Since mid-December, Chinese industrial production has experienced a slowdown comparable to Q4 2018. The consensus among economists estimates it at + 5.3% annualised in the first quarter, against + 5.9% in the previous quarter, with no decline in consumption. The 2019-nCoV risk is clearly underestimated by the average economist, but we are not fundamentally worried.

The resumption of the equities rally suggests that market sentiment also underestimates this risk – but why? We believe that global monetary policy has something to do with it: the famous Fed put. The PBOC is providing liquidity injections while pushing down interbank rates even as the 7-day repo rate fell by almost 45 bps. PBOC deputy governor Pan Gongsheng has also said that medium-term borrowing rates could also be reduced . These measures are followed by the central government relaunching certain construction projects, but its role remains marginal. China is now relying on its central bank, which seems to be learning the economics of the Fed put. In a recent article by the NBER, Anna Cieslak and Annette Vissing-Jorgensen provide various empirical evidence for what the markets have long suspected. By analysing the period 1996-2018, the authors demonstrate that market volatility influences (1) the Fed’s decisions as well as (2) its medium-term economic outlook. Over the period, a decline in equity markets has statistically led the Fed to either postpone its rate hikes or cut its key rates, as well as to modify its forward guidance and its overall communication. The rhetoric of “data-dependent” is thus, according to these two authors, only an extension of this principle of extreme precaution. We have already mentioned this fact several times: a large part of the recent rise and fall in equity markets is due to central banks and it is a central element of our investment policy again this year. As long as central banks keep an eye on things, prolonged declines in the equity markets are unlikely. However, this does not apply to commodity markets such as the oil market.

Oil vs. equities: what about inflation?

China is a country that exports more than it imports: even if China experiences a delay in its growth from the first quarter to the second quarter, it remains unlikely that this will lead to a global recession. The world economy could also take advantage of the recent drop in oil to some extent. In our view, the number one risk at this point is inflation. The latest inflation figures in the US show price growth above expectations, driven in particular by inflation in medical costs. The consumer price index in the US therefore rose 2.5% year on year, driven by the cost of medical services, oil and real estate. China’s bottleneck for the global division of labour could lead to an increase in inflation risk due to the scarcity of its products. This is already the case in our Inflation Nowcaster, which reached a low point in November 2019. Since then, our measure of inflation risk has gone from “very low” to “neutral”, an increase of two notches on a scale with a maximum of “very high”. This it is essentially due to the delayed impact of (1) the rise in oil prices during the second part of 2019 and (2) the growth in the rate of use of overall productive capacities. As in the case of recession risk, it is impossible at this stage to measure the impact of China’s quarantines on inflation in developed countries. However, the positive global macro picture suggests that the consumer will absorb part of the increases in production costs. But will the Fed put mitigate the shock?

Our investment process offers a few elements that can guide us. Our “inflation” basket, in contrast to the “recession” and “market stress” baskets mentioned above, offers attractive hedging against inflation risk. Unsurprisingly, its constituent assets may well benefit from a situation combining economic stabilisation and cost inflation from China. On the other hand, if the Fed put holds as the shock continues, stocks and bonds will benefit, as was the case last year but to a lesser extent. Volatility should also remain attractive: central banks are deliberately aiming to smooth volatility and its carry still appears attractive to us. To date, these are our three main overweights: overweight inflation through energy commodities and overweight the Fed put through developed stocks and a short volatility position. However, we continue to anticipate volatility in an environment where most valuations remain high. 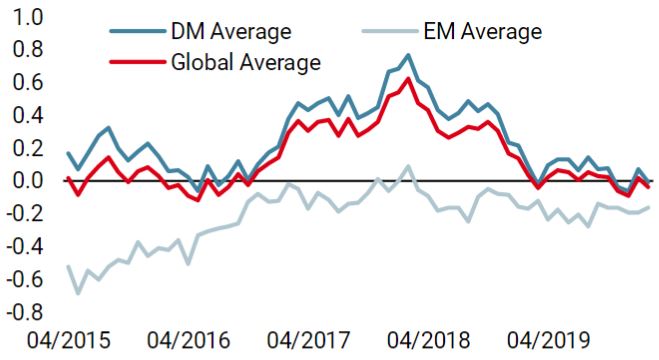 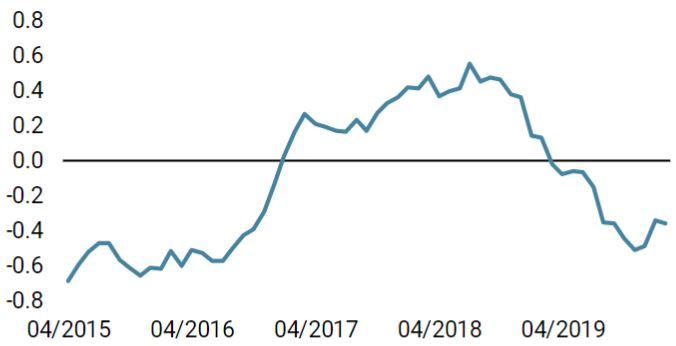 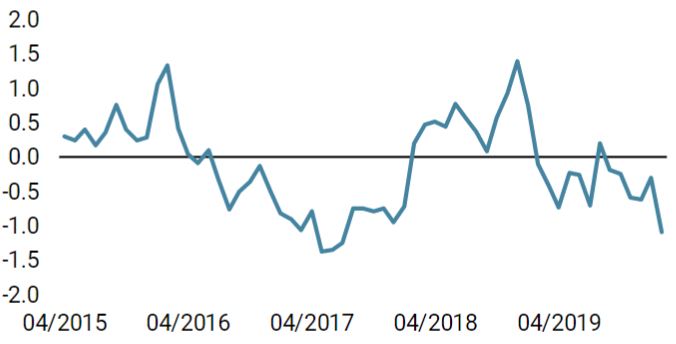 Listen to our macro views on current market liquidity and the possibility of recession.
Read more

At Unigestion, we remain strongly dedicated to maintaining our level of productivity and to meeting our clients’ expectations and obligations....
Discover

Given the impact of COVID-19 on global economies and financial markets, and following coordinated central bank action to date, market...
Read more