Private equity (PE) has long been immune to the radical, technology-driven changes that other asset classes have experienced over the last decade, due to limited transparency, a lack of consistent data and longer investment horizons. In fact, the classical PE investment selection approach, which is heavily dependent on human judgement, has hardly changed since the 1980s.

Until now, this approach has allowed investors to obtain returns that have consistently exceeded other asset classes, despite its time-consuming nature and associated costs. However, as the PE industry reaches maturity and faces growing scrutiny from investors in terms of fees and returns, it is becoming increasingly important for investors to make accurate, high conviction decisions in a fast and efficient manner. For this reason, at Unigestion, we believe that it is essential to integrate new technologies into the investment decision-making process, to be at the forefront of innovation in the industry and to anticipate disruptive changes.

Artificial intelligence is reshaping the financial world by changing the way investments are analysed and selected. Ample research has been carried out in more traditional fields of finance, like public equities, to assess if machine learning can enhance the predictive power of existing models. The work of Gu et al. [2019] on forecasting public equity risk premia goes in this direction and has paved the way for further research to be carried out for more illiquid asset classes, such as private equity.

At Unigestion, we are able to integrate the due diligence experience that we have gained over the last few decades in determining which fund characteristics are the most important drivers of superior risk-adjusted returns into a machine-driven analysis of a wide range of features. Drawing on our experience, we have developed a machine learning-based scoring tool to predict which funds will be successful, based on the information available to prospective investors during fundraising. By combining PE fund performance data from Preqin with other sources, we select the most relevant criteria, including the investment strategy, team composition, market conditions, strategy execution and performance track record.

The model has been set up to follow the binary classification approach, which determines the probability that a fund’s performance will exceed a pre-defined hurdle rate. Thus, the output of each algorithm will be a score between 0 and 1, representing such a probability. In this way, the model output can be easily turned into an investment recommendation.

We have calibrated the model through a wide selection of machine learning algorithms to obtain the best out-of-sample performance. As a metric to assess performance, we use the area under the ROC curve (AUC), which represents the probability that a randomly chosen successful fund (IRR above the hurdle rate) is attributed a higher score than a randomly chosen unsuccessful fund. In these terms, an AUC of 0.5 is equivalent to flipping a coin. Thus, the closer the AUC is to 1, the better the discriminating power of the model.

Our research has shown some promising model-based predictive power for fund performance and we believe this could be enhanced further in future by incorporating proprietary performance data.

For each algorithm, we calibrate the model twice, once using as target the funds that ultimately have performed better than the hurdle rate, and once with those that ultimately underperformed. The final score is calculated as the average of the two models. This makes the model more robust and allows us to give different weights to the analysed features in the prediction of successful and unsuccessful funds.

Figure 1 shows the performance in terms of AUC of the various machine learning algorithms1 considered and compares it with the simpler linear OLS classifier. All the algorithms show a forecasting power significantly superior to flipping a coin (AUC larger than 0.5), but surprisingly, at the current stage, non-linearities captured by these machine learning models do not explain a significantly larger portion of the PE fund performance. This might be due to the insufficient granularity of commercial datasets, which could be partially mitigated in future implementations by incorporating our proprietary data, covering more than 20 years of PE fund performance.

Figure 2 shows the ROC curve for the random forest classifier, the best-performing algorithm, and compares it to the straight line, which corresponds to flipping a coin.

The performance of the classification models considered so far can also be assessed through the confusion matrix, a table that shows the proportion of instances that were correctly/incorrectly classified for both successful and unsuccessful funds. Figure 3 shows the confusion matrix for the out-of-sample performance of the random forest classifier, the algorithm that performed best in terms of AUC.

The scores produced by the algorithms considered so far can be turned into investment decisions through an economic cost/benefit analysis, based on the combination of the confusion matrix and a cost-benefit matrix. The latter is a four-entry matrix that associates a cost or a benefit to each of the four possible outcomes of the prediction problem. Interpreting the entries of the confusion matrix as probabilities, we can compute the expected value of the total gains/losses, given a certain choice of the threshold on the score, above which the fund is considered successful. In this way, we obtain an expected value framework that can be calibrated according to business needs. This will be subject to further research.

Integrating an initial machine-powered screening of potential investment opportunities increases the investment team’s processing power and should enable them to ‘turn over more stones’ in the dealflow.

Even just focusing on the deselection of funds with a low probability of achieving the hurdle should enhance overall portfolio returns by improving the average performance. It should also boost the investment team’s efficiency by allowing them to focus on more value-creating activities, while also lowering abort costs (i.e. sunk costs where a potential investment is dropped at a later stage in the due diligence process).

In particular, quantitative scoring has relevance for the later funds raised by established managers. First and second funds of emerging managers will still require a heavy dose of experienced human judgement. As well as lacking a track record, emerging managers need to be chosen on more intangible evidence such as specific skills, team chemistry and well-balanced incentives.

What Next: A Systematic Investment Strategy for Private Equity?

Screening and initial evaluation of opportunities is just the beginning. The power of AI technology can be applied to the entire investment cycle, from deal origination to value creation. This will disrupt the conservative private equity industry – indeed, the first attempts have been already observed in the market.

As data science resources and tools are becoming more available and increasingly powerful, we are likely to see the emergence of new business models and strategies in the industry. We believe factor-based systematic strategies will become an integral part of PE investing.

The choice of the right factors and access to sufficient volumes of historical data are crucial for the identification and testing of data-driven models. Unigestion is well-positioned to advance its quantitative research and continue its journey towards a digitalised PE world by leveraging its 20+ years of extensive PE experience and data accumulated over this time. 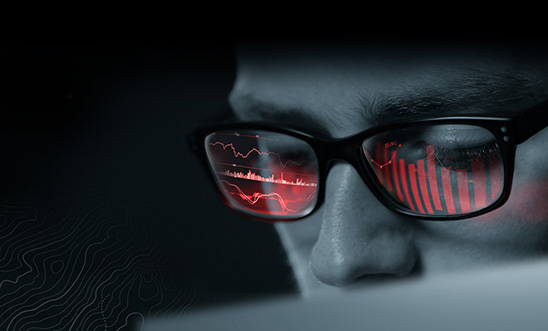 Find out more about how we use collaborative intelligence at Unigestion

Data and graphical information herein are for information only and may have been derived from third party sources. Although we believe that the information obtained from public and third party sources to be reliable, we have not independently verified it and we therefore cannot guarantee its accuracy or completeness. As a result, no representation or warranty, expressed or implied, is or will be made by Unigestion in this respect and no responsibility or liability is or will be accepted. Unless otherwise stated, source is Unigestion.

Past performance is not a guide to future performance. All investments contain risks, including total loss for the investor.

Earnings growth in all major economic zones is decelerating with notable deterioration in emerging markets. Conversely, US companies are showing...
Read more